How can you tell if a girl is really interested in you or not? You know the story- you think she is hot and you really want to go out with her. You have talked to her and she hasn’t told you directly to your face to piss off or worse, so you think there might be a chance, but you don’t seem to be getting anywhere and haven’t actually got her phone number yet.

Look for the signs. Woman will almost never be rude to your face especially is she knows one of your friends and especially if she actually fancies one of them.  She is more likely to be polite but standoffish and hope like hell you give up soon and go back to your table so she can tell her friends that ‘I thought he would never leave’…’what a creep’ or whatever. Most won’t tell you to your face to get lost although the likelihood of hearing this statement can be directly proportional to their blood alcohol level at the time.

Is the conversation one sided? Are her answers just yes or no, or short? Is she not adding to the conversation. Are you the one doing all the talking and asking questions trying to solicit something that keeps a conversation naturally flowing?  Now we all know woman love to talk in almost any situation so this should be an indicator right off, but don’t be put off right away. Remember she too might be nervous and not sure of herself or how to deal with someone she was secretly hoping from across the room would come over. Remember woman can get flustered around a good looking guy just like we can never know what to say or make complete dicks of ourselves around a gorgeous woman. Keep trying for a bit and change the subject trying to find something in common but if it doesn’t improve after a short time then take it as read that she is not into you and politely excuse yourself. If she makes a point of coming over to your table later in the night then she was and is interested (or interested in your mate and wants you to introduce her).

The tone of her voice is neutral. There is no spark, no animation, not excited. It seems forced. She should be laughing and smiling with you. If not then move on, you are wasting your time with this woman here.

Now as I say most woman aren’t going to come out and ask you for your your number, but most won’t directly tell you to get lost either. They will just put up with you and hope you get the hint and leave. 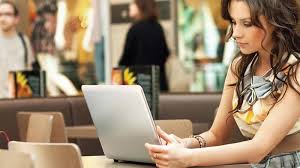 If she is interested in you, she will let you know. You will get to know the signs which are covered elsewhere, the flick of the hair, the leaning in close, the casual touching on the arm or leg, the laughter at something you said that really wasn’t that funny, but the tone of the conversation will be the key indicator early on.

Of course there are exceptions to every rule and we all have seen the movies or know someone who persevered and got the woman of their dreams eventually, but usually that only works in the movies where one of you is a spy or hired killer. But for most of us if you have trouble keeping a conversation going in the first few minutes then she is not interested in you, that you can be sure. Plenty more fish in the sea as they say so move on to the next one. Who knows, when she sees you having a great time laughing and smiling with another woman that she might regret her first impression, so never be rude, just make some excuse and move off.

This entry was posted in Uncategorized. Bookmark the permalink.